GamesReviews 7.0 Worth a Play About Rating

Eisenwald is a magical medieval world that is filled to the brim with those searching for power and status. Exploring that world through quests driven by motivations of status and money, players of the newly released Legends of Eisenwald are treated to a game offering intricate story and in-depth world exploration. Released in July of 2015, the game was published and developed by the company Aterdux Entertainment. Aterdux had previously only released one other game named Discord Times, which was essentially the blueprint of the structure of game that Eisenwald would become.  With a flair for medieval style and an appreciation for in-depth gameplay, Aterdux created with Eisenwald, a game that marries the two beautifully. 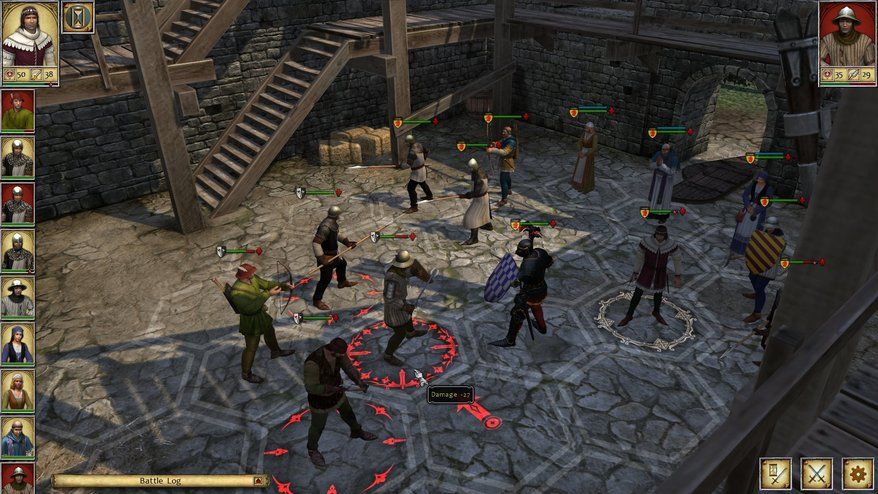 Legends of Eisenwald starts up by giving the player the option to choose their class. There are three options available; the strong and honorable Knight, the bold and brave Baroness, or the wise and stoic Mystic. After choosing a unique coat of arms and a name for your hero, the player is thrown immediately into gameplay. Eisenwald blends an interesting combination of gameplay styles featured in other RPG and strategy games, but the content still manages to feel unique. One of the most interesting aspects of the game is the hugely interactive and detailed map. While the player is offered a standard map with marked locations, the entirety of gameplay sees the player literally walking from place to place on a large interactive map. A world view that is so detailed and open, it feels at times much like a set of figurine trees and houses set up for tiny player tokens to travel through. It almost appears that the developers attempted to picture what it would truly look like if the sets and figures for classic games like Dungeons and Dragons or Warhammer were to come to life and move about on their own. While players are faced with somewhat tedious walking animations from location to location, the beauty and attention paid to the world of Eisenwald keeps it enjoyable despite the repetitiveness.

The combat of Legends of Eisenwald is tactical and turn-based. Using battle strategies, the player controls their main hero and a brigade of journeymen, priests, and healers who fight alongside them. Controlling one companion at a time, and switching off turns with the enemy, each character is given a turn to choose to attack or fall back. Outfitting members of your party with new gear, powerful potions, and buffed tokens creates a unique player experience, as no one player’s party members and set up will likely be the same. Traveling from town to town, your hero will hire new members to join their lineup, and slowly over the course of battle will win enough gold and items to set up the team for success. The level of each party member will also progress after each battle, allowing for upgrades and new weapon capabilities. 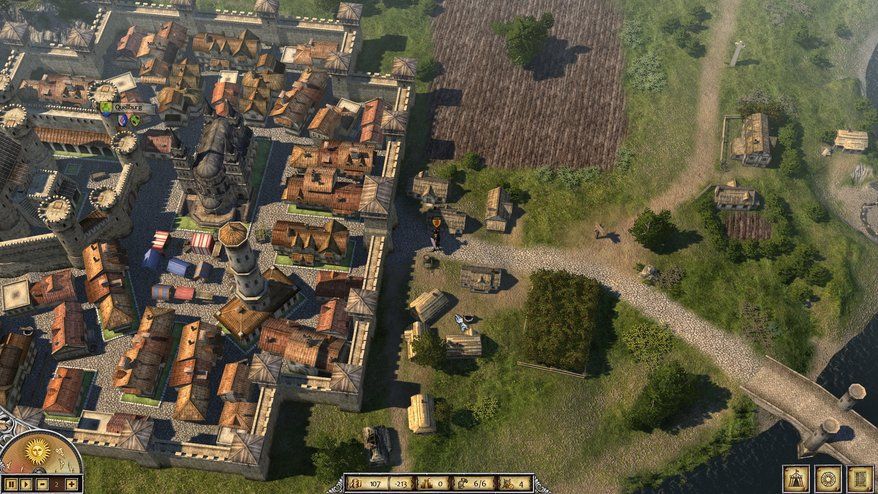 The fighting, for anyone who enjoys turn-based combat, is a real treat. Keeping with standard tactical guidelines, but adding in some new house rules that up the ante. It is not easy to win every battle, and sometimes it takes repeated tries, but there is always a strategy that will lead the player to success. Also, offering three different starting classes keeps the warfare from getting too stale. When one finds all the tricks the Baroness has to offer, they can start again with the Mystic or Knight to learn their skills.

A new release at a fairly reasonable price considering just how much content is really offered, Legends of Eisenwald is already raking in positive review after positive review. For fans of this type of strategy fantasy game, Eisewald is in keeping with the standards you have come to expect but with some added imagination. For those not previously familiar with the game style, they may simply fall for the beauty and immersive world offered in Eisenwald, and learn the combat as they go. Some of the gems offered include: beautiful paintings for each location that include an insightful flavor text, well-crafted conversations between characters, and the ability to overhear rumors and be told wild stories in the local pubs. Overall, on paper, Eisewald is doing everything right. While it may not appeal to players who are not used to a slower-paced strategy, it will surely find a secure spot in the rankings of truly unique strategic games.